As I noted here, this purge was several years in the making, and I was – inadvertently – the one who touched it off. In August 2010, when I gave a talk on Islam and jihad to the FBI’s Joint Terrorism Task Force — one of many such talks I gave to government agencies and military groups in those years. While some had counseled me to keep these talks quiet so as to avoid attracting the ire of the Hamas-linked Council on American-Islamic Relations (CAIR), the possibility of that pressure seemed to me to make it all the more important to announce my appearances publicly, so as to show that the U.S. government was not going to take dictation from a group linked to Hamas and the Muslim Brotherhood.

Those who had urged silence were proven correct, however, for the Obama administration was indeed disposed to take dictation from CAIR. CAIR sent a series of letters to Mueller and others demanding that I be dropped as a counter-terror trainer; the organization even started a “coalition” echoing this demand, and Jesse Jackson and other Leftist luminaries joined it.

At the FBI, Mueller made no public comment on CAIR’s demand, and so it initially appeared that CAIR’s effort had failed. But I was never again invited to provide counter-terror training for any government agency, after having done so fairly regularly for the previous five years. CAIR’s campaign to keep me from taking part in counter-terror training was, of course, not personal. They targeted me simply because I told the truth, just as they would target anyone else who dared do so. Everyone else who told the truth was similarly targeted and purged. 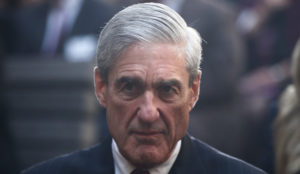 Commenting on Special Counsel Robert Mueller, who is investigating President Trump for alleged “collusion” with Russia, Judicial Watch said that, as FBI director under President Obama, Mueller purged the Bureau of all anti-terrorism training material that was deemed “offensive” to Muslims. This was done, said Judicial Watch, “after secret meetings between Islamic organizations and the FBI chief.”

Judicial Watch obtained the documents on Mueller and the Muslim groups after filing a Freedom of Information Act (FOIA) lawsuit against the FBI in July 2012. Mueller had met with the Muslims groups on Feb. 8, 2012, after which the curricula purge took place, said Judicial Watch.

“As FBI director, Mueller bent over backwards to please radical Islamist groups and caved into their demands,” said Judicial Watch. “The agency eliminated the valuable anti-terrorism training material and curricula after Mueller met with various Islamist organizations, including those with documented ties too terrorism.”

“Among them were two organizations— Islamic Society of North America (ISNA) and Council on American Islamic Relations (CAIR)—named by the U.S. government as unindicted co-conspirators in the 2007 Holy Land Foundation terrorist financing case,” said the government watchdog group.

After that Feb. 8, 2012 meeting, FBI Director Mueller “assured the Muslim groups that he had ordered the removal of presentations and curricula on Islam from FBI offices nationwide,” said Judicial Watch.

“The purge was part of a broader Islamist operation designed to influence the opinions and actions of persons, institutions, governments and the public at-large. The records obtained by Judicial Watch also show similar incidents of Islamic influence operations at the Departments of Justice and State, the Joint Chiefs of Staff, and the Obama White House.”

Judicial Watch further reported, “Mueller’s actions have had a widespread effect because many local law enforcement agencies followed the FBI’s lead in allowing Islamic groups like CAIR to dictate what anti-terrorism material could be used to train officers. Among them are police departments in three Illinois cities— Lombard, Elmhurst and Highland Park—as well as the New York Police Department (NYPD).”

“In the case of the Lombard Police Department,” said Judicial Watch, “CAIR asserted that the instructor of a training course called ‘Islamic Awareness as a Counter-Terrorist Strategy’ was anti-Muslim though there was no evidence to support it. Like the FBI, Lombard officials got rid of the ‘offensive’ course. The NYPD purged a highly-acclaimed report that’s proven to be a critical tool in terrorism investigations after three New York Muslims, two mosques and an Islamic nonprofit filed a lawsuit.”

“Considering Mueller’s role in much of this, it makes him a bizarre choice to lead the heated Russia investigation,” said the watchdog group.

Judicial Watch’s report on Mueller can be read here….