The SPLC has been getting it WRONG forever. They consistently target those who’s views differ from theirs or any right leaning individual or group that does the same. It needs to end. Perhaps putting them on the same list would squelch their rhetoric.

As far as the FBI…it’s been same ole same ole as far as this is concerned. They’re supposed to be bipartisan in their practices and have shown that they more and more lean to the left of the same isle. Not the “Rank and file” mind you, but the higher echelon of the organization. Enough is enough.

The FBI’s deep corruption is becoming generally known regarding Trump and Russia, but it is even worse than most people think. In 2011, the Obama administration ordered the removal of all mention of Islam and jihad from counter-terror training. And in 2015, the FBI had no agents in place to stop the jihad attack on the free speech event Pamela Geller and I organized in Garland, Texas, even though it is clear that they knew about this attack beforehand. So it is no surprise that the FBI, having gone so far off the rails, would be working with a group that is dedicated to delegitimizing and destroying organizations that represent the point of view of roughly half of the electorate. 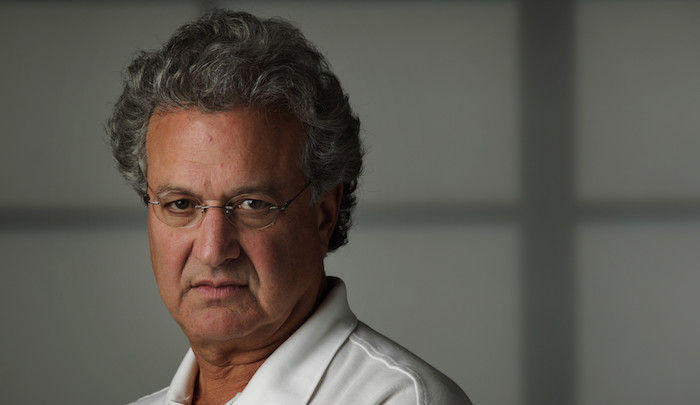 The FBI has an “ongoing” relationship with the Southern Poverty Law Center (SPLC), a left-wing nonprofit that once placed Housing and Urban Development Secretary Dr. Ben Carson on an “extremist watch list.”

That’s according to an exclusive report from Fox News host and Daily Caller co-founder Tucker Carlson, who broke the news on his show “Tucker Carlson Tonight” Friday.

“Well as you already know if you’ve been paying any attention at all, the Southern Poverty Law Center is a fraudulent enterprise,” said Carlson. “It’s a left-wing political group that uses ‘hate crime’ designations to target its ideological enemies and to crush people.”

“The SPLC has repeatedly been allowed to brief the FBI on alleged domestic terrorist threats to this country,” Carlson reported. “Disturbingly though, the relationship is ongoing, if you can believe it.”

“Despite multiple requests from this program, the FBI has refused to describe the extent of its collaboration with the SPLC, we’ve asked repeatedly, or even to explain why it continues to work with a group like that,” Carlson said, noting the agency would only offer bland statements.

“For many years, the FBI has engaged with various organizations, both formally and informally,” FBI spokeswoman Jacqueline Maguire said in a statement to Carlson’s show.

“Such outreach is a critical component of the FBI’s mission, and we welcome information from these organizations on any possible violations of civil rights, hate crimes, or other potential crimes or threats.”

“The Attorney General has directed the FBI to reevaluate their relationships with groups like this to ensure the FBI does not partner with any group that discriminates,” Department of Justice spokeswoman Sarah Isgur Flores told Fox News.

The SPLC’s lists of “extremists” and “hate groups” have consistently courted controversy and the nonprofit’s work has been plagued by inaccuracies.

Floyd Lee Corkins, who opened fire at the Family Research Center (FRC) in 2012, said he chose the FRC for his act of violence because the SPLC listed them as a “hate group.”

Carson was surprised to find out in February 2015 that the SPLC placed him on an “extremist watch list” for his conservative beliefs.

The SPLC cited as proof of Carson’s “extremism” a quote in which he said: “Marriage is between a man and a woman; it’s a well-established pillar of society.”

Following a backlash, the SPLC apologized and removed him from its list. Carson was on the list for four months before the SPLC removed the “extremist” label.

The SPLC deleted three Russia-related articles this March after challenges to their accuracy followed by legal threats.

Ali, a victim of female genital mutilation who now advocates against the practice, is an award-winning human rights activist. For the last decade, her nonprofit, the AHA Foundation, has worked to protect women from honor violence, forced marriage and genital mutilation.

But according to the SPLC’s since-deleted list, Ali is an “anti-Muslim extremist.” The SPLC has yet to apologize or officially retract its “extremist” label for Ali….