On this day, the season opener for many NFL teams. Was it not apparent why Nike put this add campaign out when it did? No doubt trying to monopolize with it’s timing and make the biggest buck possible, but the backlash has been just as big. They’re claiming now that it didn’t hurt their “Bottom line”.  I think Nine Line would like to differ.

A book I started reading this week said, “Mad Politics” by Dr. Gina Louden said it best, “America is a republic where the people get to rule themselves. If an American disrespects the flag, what that person is in effect saying is that he no longer wants to be king. He wants someone else to rule his life, which is the definition of slavery.”.

Here’s more from Teri Webster and The Blaze… 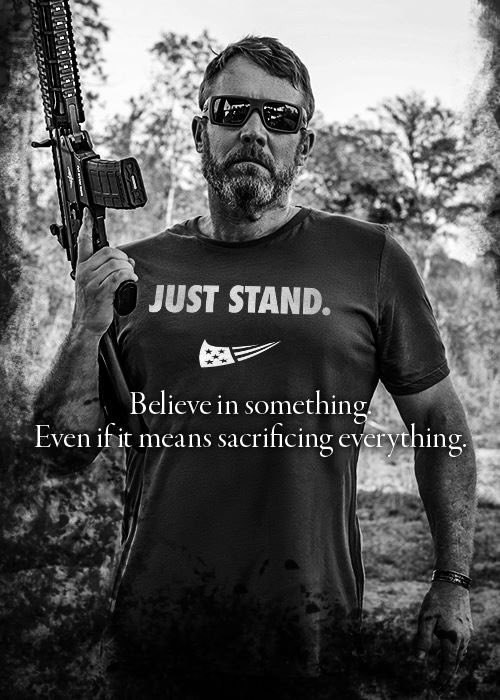 Kaepernick is the former NFL quarterback who started a trend of protesting police violence and racial inequality in America by kneeling during the national anthem at games. Although it spread throughout the league and other players participated, Kaepernick has faced backlash from critics who maintain the protest is disrespectful to the country. Among his critics are President Donald Trump.

Kaepernick is also involved in a lawsuit that alleges the NFL is colluding to keep him out of the league because of the protests.

Why did he do it?

“They decided to take a stance. This is our stand,” Merritt, a former Army captain and CEO of Nine Line, told Fox News on Saturday.

Nike’s agreement with Kaepernick includes his own apparel line, video ads, billboards with his image, and a contribution to the former San Francisco 49ers quarterback’s Know Your Rights charity, according to reports.

Nike faced backlash on social media after it released Kaepernick ads featuring the slogan: “Believe in something, even if it means sacrificing everything.”

Merritt said Saturday that it’s difficult to compare an athlete’s sacrifice to that of a soldier’s.

“The word ‘sacrifice’ in the military members — it’s something severe,” Merritt said.

Nike’s use of Kaepernick in its ad campaign flies in the face of those who might believe the former quarterback’s stance is offensive, Merritt said.

“I agree that police brutality is bad, but you know, wearing socks that say pigs…” he said. Merritt was referring to a time when Kaepernick wore socks that depicted police officers as pigs.

“Actions speak louder than words,” Merritt said. “If you want to say that you’re promoting social injustice, then actually do something.”

Some critics called for boycott of Nike after the ad campaign was rolled out. Initially it was thought that it would hurt Nike sales. However, new information suggests that is not the case.

Where We've Been Practicing Social Distancing for Years

The Death of Liberty begins with Submission